The e12 SOFT utilizes Bridgestone’s patented Delta Wing Dimple pattern for less drag and smoother airflow when the ball is in flight. The enhanced aerodynamics increase the straight distance properties of e12 SOFT. 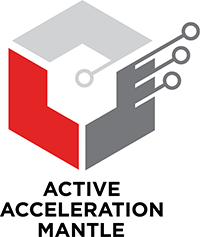 e12 features the Active Acceleration Mantle which is comprised of a new High Performance Polymer material with added surfactant that creates increased thrust and higher initial ball velocity at impact.

Since each order is unique to customer and has no re-sale value, All Sales Are Final. If we verify that we made an error, we will re-print the order. No Refunds or Credit.

Customer must notify AG within 6 business days of order acceptance to notify any defects discovered in the ordered product or the claim will be denied. In order to receive replacement Customer must return 100% of the received product within 15 days (at their own expense) from the time when the ordered product delivery was taken.
All charges related to expedite printing (Rush Printing or Shipping) are NOT REFUNDABLE, including for those orders that are returned for any reason.

Most of our product can be printed in the USA. If you have a very tight deadline, we’ll be here to help you make it.

Our mission is to offer high quality services and products to help you expand your business.

We give any type of business the right assortment of products and options.

We value your satisfaction and trust by supplying our quality services and products.